Vedic rituals after death in a Brahmin Family

Posted by Espírito Kashi on October 25, 2011 in Photography, Writings |2 Comments

“The death ritual does not end with the elimination of the body. There is still the safety of the soul to look after. To ensure the passage during its voyage to the Otherworld, an eleven-day ritual called shraddha is performed. It “consist(s) of daily offerings of rice balls, called pindas, which provide a symbolic, transitional body for the dead. During these days, the dead person makes the journey to the heavens, or the world of the ancestors, or the ‘far shore.'”On the twelfth day, the departed soul is said to reach its destination and be joined with its ancestors, a fact expressed symbolically by joining a small pinda to a much larger one” . Without these rites, the soul may never find it way to Yama’s realm” 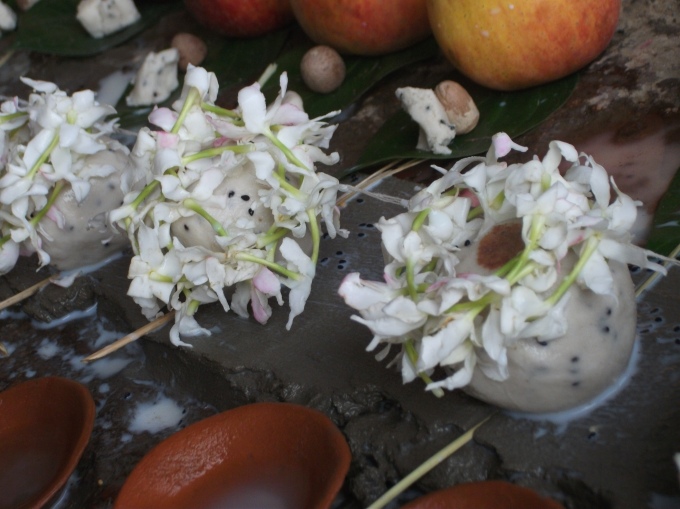 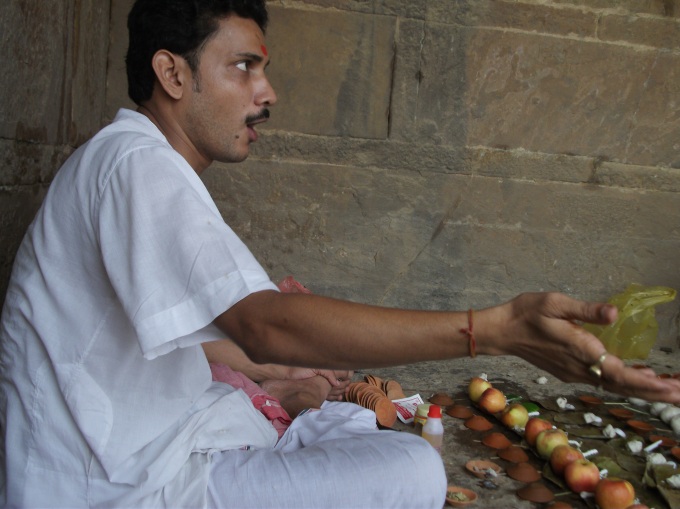 This whole last week, been busy shooting the death rituals in a hindu brahmin family which according to Sh. R.S Pandey is a must to relieve the soul of the dead.

I remember attending such events, but never something like this. We covered the 10th (daswa), 11th (gyarwa), 12th (bahrwa) and the 13th day (terwa) which was the “Seh Bhoj”. 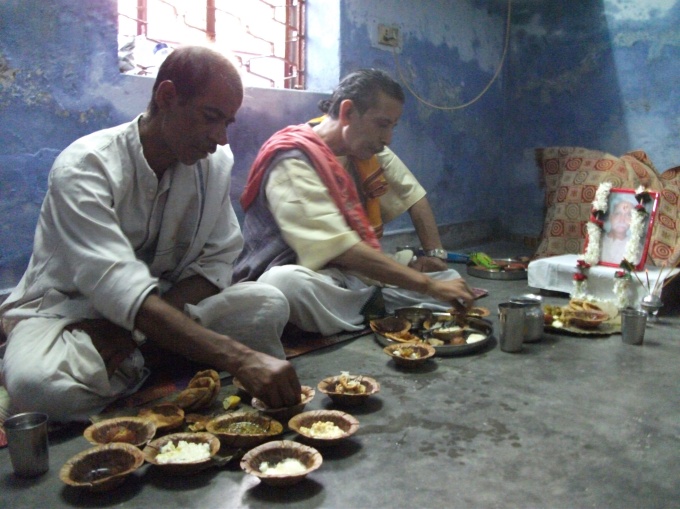 The 10th and 11th day ceremonies were at the Tulsi Ghat at the banks of river Ganges. The heads of all the male children/grand children were shaved off and the traditional practices followed and the priest chanted along. 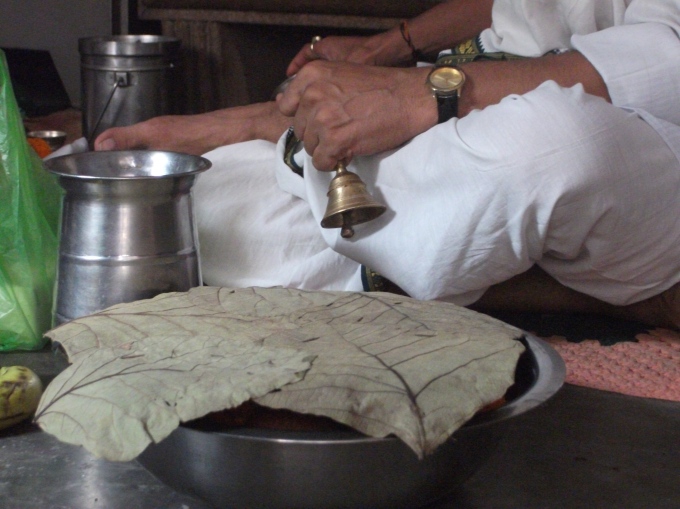 The 12th and the 13th day were meant to donate to the priest (although donations were a prominent part of the whole event). It is believed that the priest’s got the mantras (from vedas and puranas) which could liberate the soul of the gone. Also, these practices are meant to purify the family and the house to reopen it for the guests.

The 12th day is to feed ONE BRAHMAN PRIEST and the 13th day is meant to feed 13 BRAHMAN PRIESTS. During the whole 4 day ceremony, felt that there’s a lot of art, music, tradition, energy, belief and respect for culture involved. By the end of the last day, we ourselves envisioned that some strong energy just bid farewell to the family and moved out of the hearts of the family.

The priest played the most important role, of course. Upon talking to a few of them, they seemed to be really knowledgeable about such practices and even explained why such practices are important to purify the family of the gone and also to make sure that the soul of the dead reaches a safe place around “heaven”.

We’re down to editing this film, focussing on the major elements of the ceremony, such as priest, prayers, traditions, money, women’s position in the whole scene, shiva chants, ganges in the background and a bit about the family. Coming Soon in Upkatha 03.