Posted by Espírito Kashi on December 15, 2011 in Writings |4 Comments

Upon contemplating the empty, the innate in my heart, there shone forth a light. To that Being, based on nothing, I devote myself.(Ramaini, 6 sakhi) 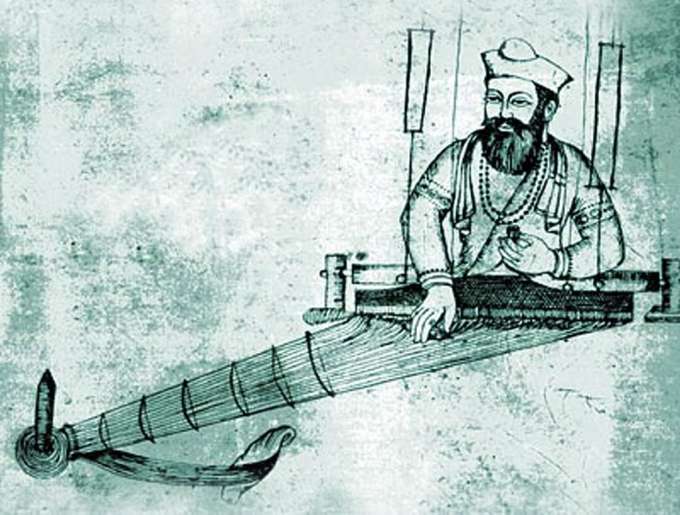 The name of Kabir, the great mystic poet born in Varanasi around the XV-XVI century, likely in a Muslim family of weaver, is always associated with an idea of syncretic bhakti able to overcome religious differences. Kabir was Influenced and initiated to bhakti by Ramananda, saint of vaishnava tradition who was promulgating a devotional marg available for all the people, without distinction of castes or gender. He was influenced as well by the main religious movements of that period: brahmanic Hinduism, tantrism, the teachings of Nath yogis, the personal devotionalism of the Shri vaishnava of South India, Sufism and the imageless God worship of Islam.

Kabir didn’t become a sadhu, he kept living in the worldly life as an householder, as a mystic and tradesman, indeed he was married and had children. He started to propagate what was to be described as the nirguna path of devotion: the God to whom Kabir dedicated his devotion and love is not characterized by attributes (saguna). This God is not located in a particular idol or religious place and doesn’t consider sect differences. He is well disposed to everyone able to open his heart to the ardent love for Him, experiencing the difficult path of meditation and yoga, the latter being the only way to destroy the inner obstacles troubling human mind and body.

Kabir’s spiritual teaching verses can be classified into three categories: Ramaini, Sakhi and Sabad. In the Ramaini, Kabir described the creation of the world and the wandering of the soul in it, he used doha and pada verses to express these. In Sakhi (witness of truth), he analysed events perceived through senses but grasped through the intellect; the Sabad collets the word of the Master. Nevertheless the greatest work of Kabir is known as Bijak, seeds of his teaching. In this collection of poems Kabir showed a new universal spiritual path, focused on the oneness of God without distinctions. He condemned the superstitious cults, the ritualism, the doctrinarism of both the Hinduism and Islam and, on the social level, the discrimination based on religious faith and caste system.According to him, two religious principles exist: one is the personal soul (Jivatma) and the other is God (Paramatma). Life is nothing more than an interplay of these two spiritual principles, and salvation can be reached only if they are brought into union.

Being illiterate, Kabir composed these poems orally in vernacular Hindi, with influences from Avadhi, Braj and Bhojpuri. His style is incisive, full of inventive imagery, and straightforward. The universalism of these poems made them source of inspiration and reflection for different religious movements till now. His spiritual legacy is nowadays represented by the Kabir Panth, a religious community spread over north and central India.

We would be revisiting the poems of Kabir with the help of semi classical music and it would be available online through the medium of short films and music videos.